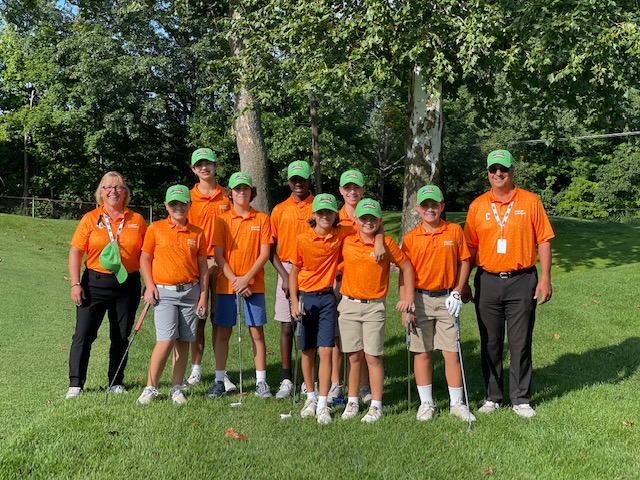 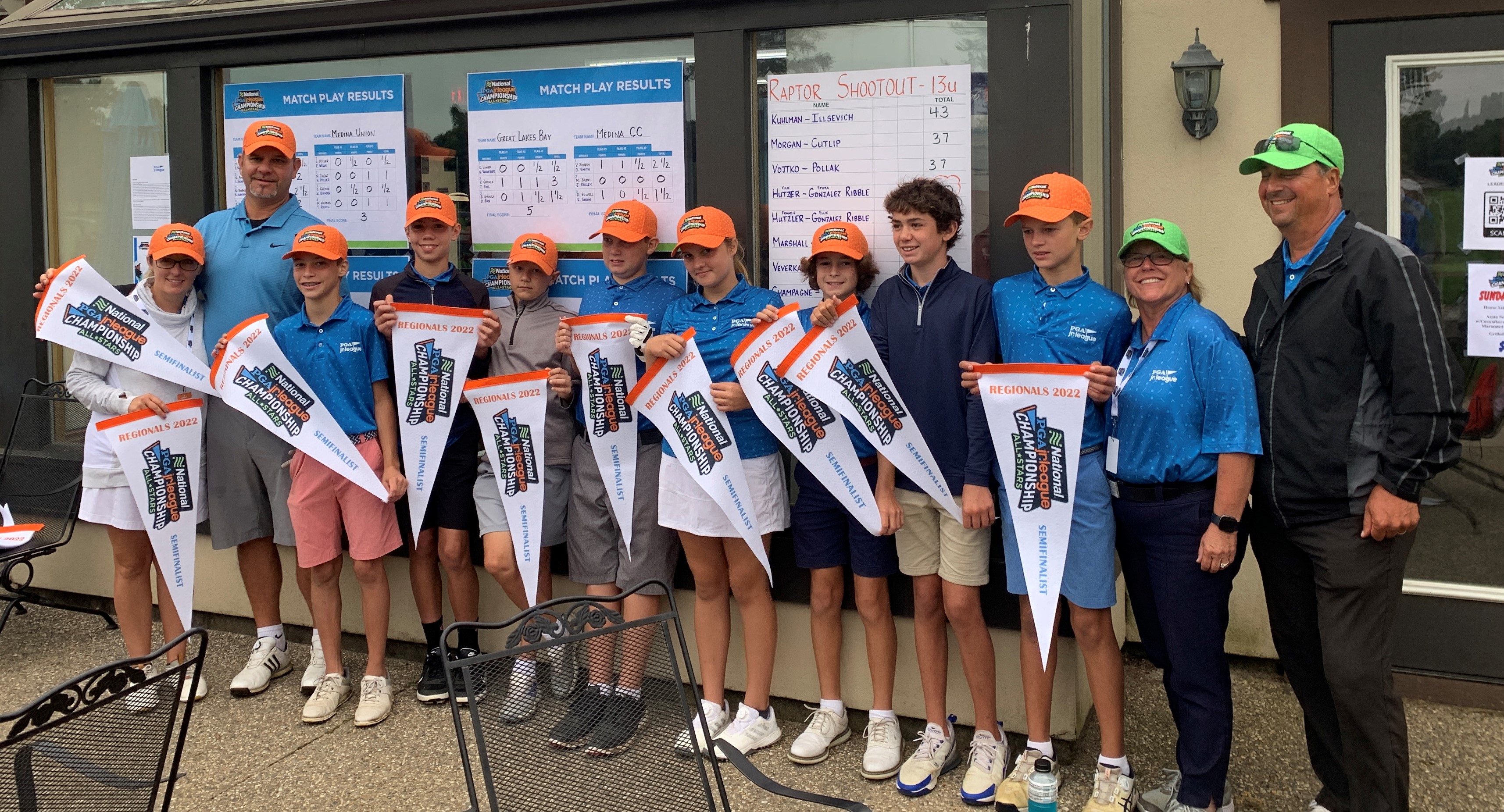 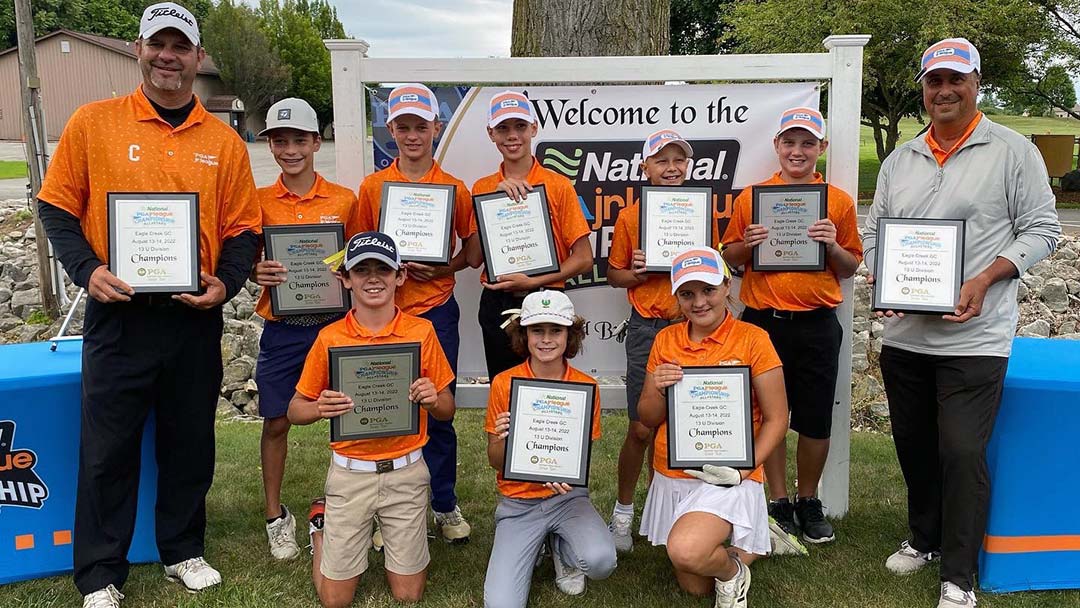 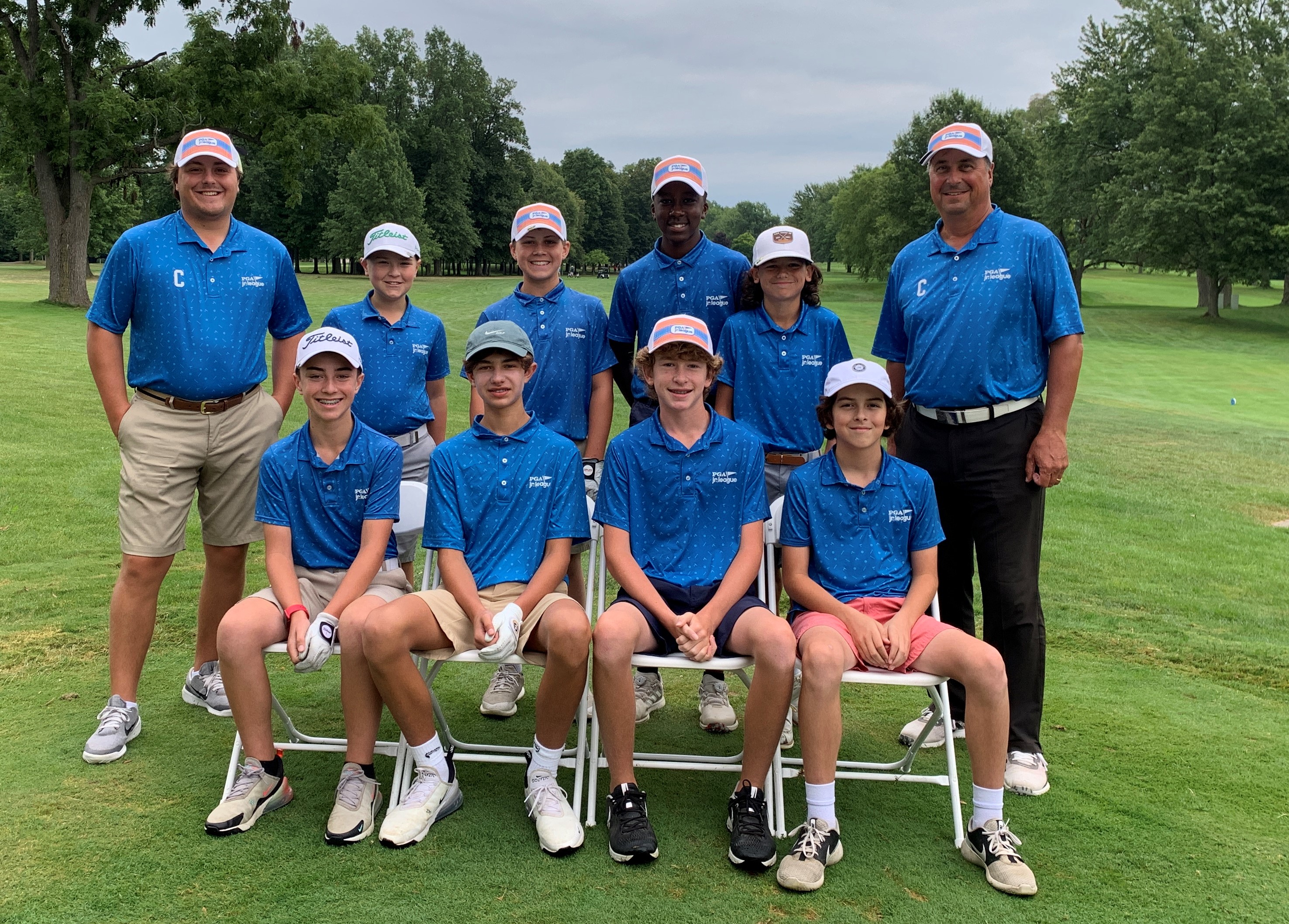 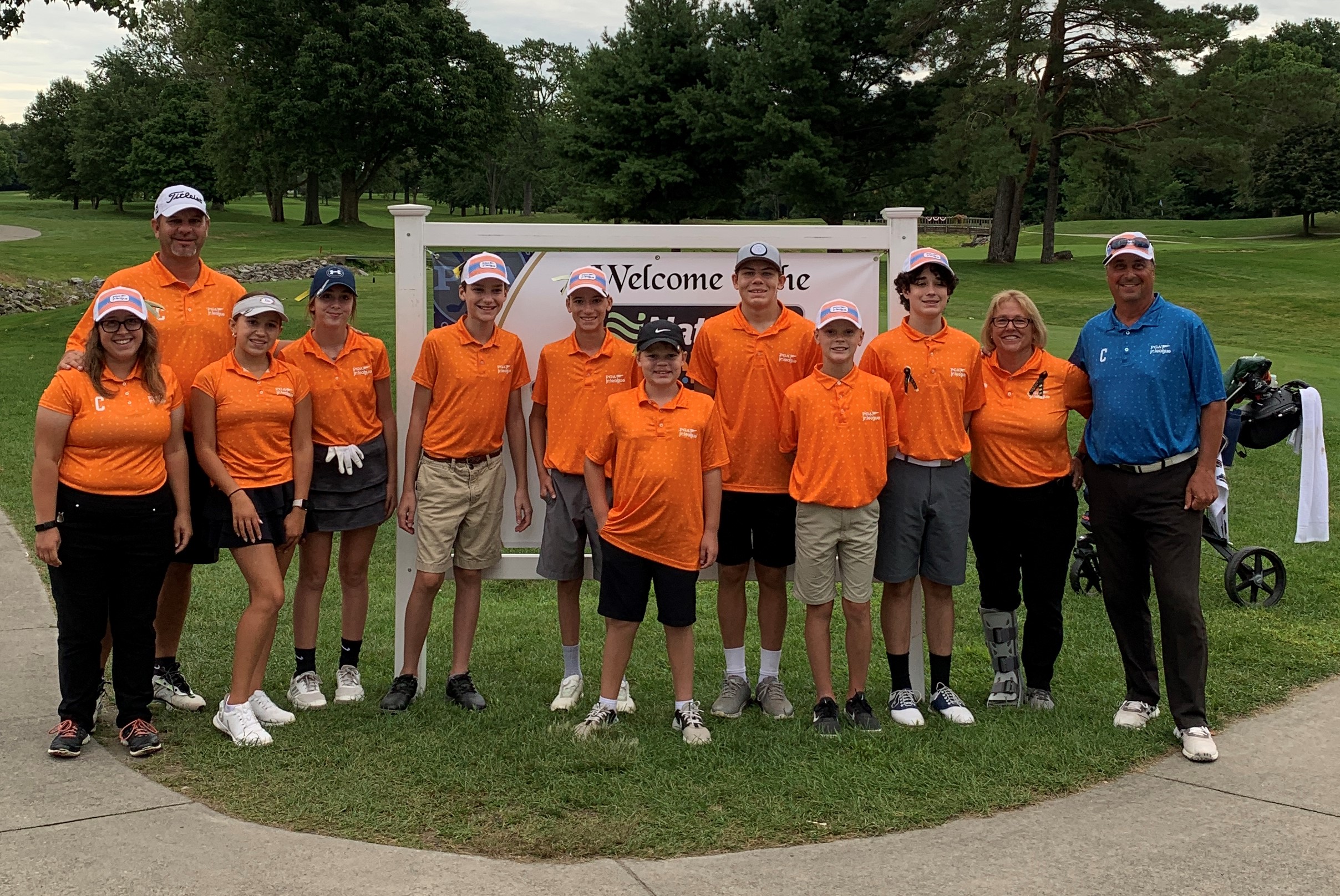 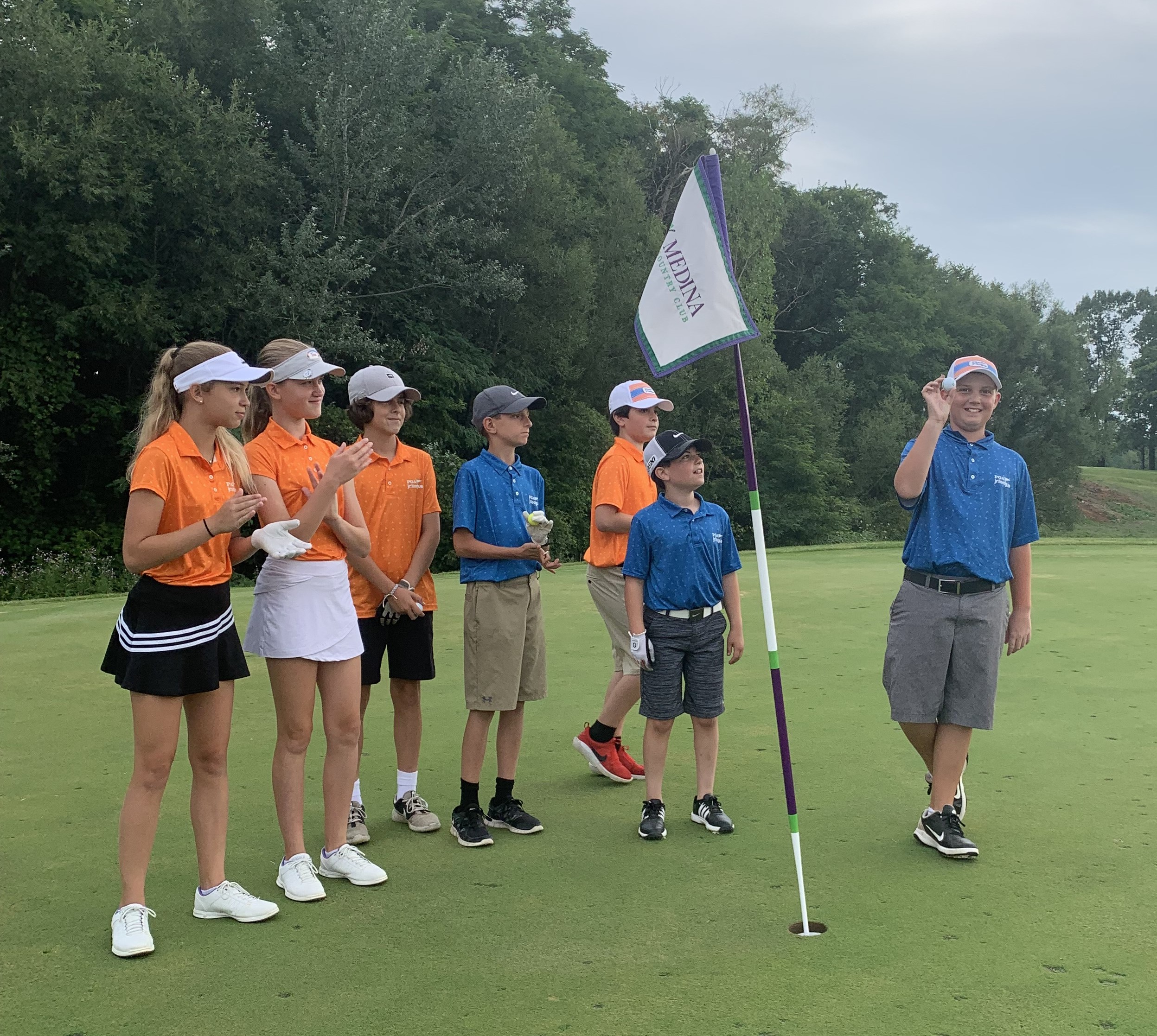 Women's NCAA Div 2 National Champion
A former student of Jim Wise, PGA and one of his former PGA Junior League players, Jordan Pruitt and her coach, Justin Roth, from the University of Findlay visited our current PGA Junior League players.   They brought along the Women's Golf NCAA Division 2 National Championship trophy that they won last year.  A true inspiration and encouragement for these up and coming golfers!   Many thanks to Jordan Pruitt and Justin Roth

A What is PGA Junior League Golf

A fun way for children to continue learning about golf,
build their golf skills and become part of a team.
Kids sign up, we form teams, have practices and then have
FUN matches amongst the teams played in a scramble format.
To learn more about PGA Jr. League go to www.pgajrleague.com

This year we had a full league of 8 teams and 4 substitutes.
Each team was made up of 12 players.
The players had several practices before they started playing matches against each other.  Each match was a 9-hole scramble format.  The teams played for flags (1 every 3 holes).  Whichever team won the most holes in the 3 holes, won the flag.  If they tied, they each got 1/2 flag.
Teams for this year:
We were also invited to have a team in another league with Westfield Country Club.  Medina had another team of 13 players who played in the Westfield - Medina League
Registrations for the 2023-2024 season will open in February, 2023
If you have any questions, contact Jim or Chris:
Jim Wise 216-456-7318 This email address is being protected from spambots. You need JavaScript enabled to view it.